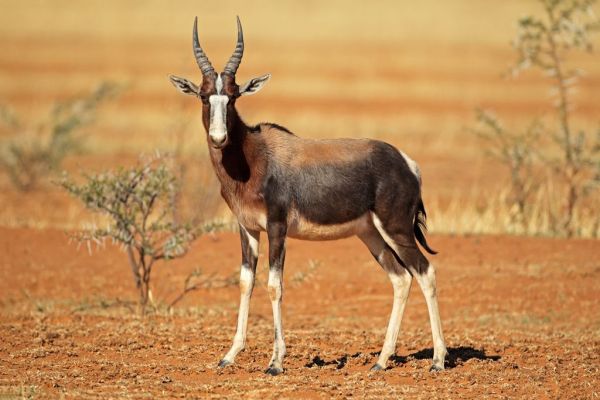 The bontebok (Damaliscus pygargus) is a tall, medium-sized antelope found in South Africa and Lesotho, and is closely related to the blesbok. The two species can often be confused, however, the bontebok tends to be much more 'colourful', with more white evident on the face, rump and legs. The bontebok has a prominent white blaze on the face and forehead, is a chocolate brown colour and has a white underside. The bontebok also has a distinctive white patch around its tail. The horns of bontebok are lyre-shaped and clearly ringed. They are found in both sexes and can reach a length of half a metre. Males are slightly larger and noticeably heavier than females.

MATING SEASON: MARCH / APRIL MAY DIFFER FROM AREA TO AREA