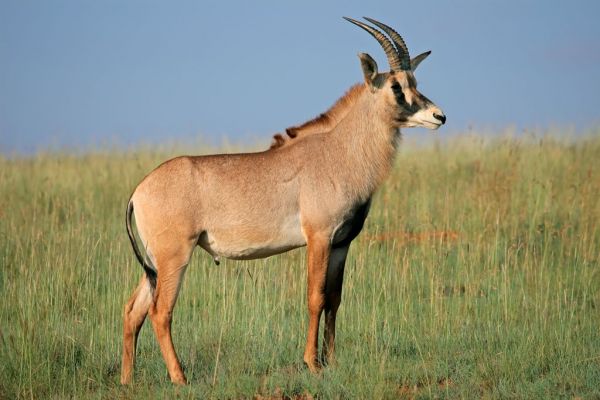 The roan antelope (Hippotragus equinus) is a savannah antelope and one of the largest species of antelope. Named for their roan colour (a reddish brown), they have lighter underbellies, white eyebrows and cheeks and black faces, lighter in females. Roan have short, erect manes, very light beards and prominent red nostrils. Their horns arch backwards slightly, are ringed and can reach a metre long in males, slightly shorter in females. Roan antelope commonly fight among themselves for dominance of the herd, brandishing their horns while both animals are on their knees. Roan are similar in appearance to sable antelope and can be confused where their ranges overlap. Sable antelope males are darker, being black rather than dark brown.

MATING SEASON: THROUGHOUT THE YEAR